Is this the earliest recorded flame war between wine geeks?

A searing debate raged in France from the mid-17th to mid-18th century between the Universities of Reims and Paris.

It all started with a change in Louis XIV’s Royal Physician in 1693. The previous Royal Physician, Antoine d’Aquin, was a fervent promoter of the wines of Champagne. The new Royal Physician, Guy-Crescent Fagon, made clear there would be no more Champagne, and that it would instead be Burgundy that would be used as a vehicle while administering quinquina infusions to Louis XIV. You may recognize quinquina, or chicona bark, as a source of quinine — a modern day ingredient of tonic water and a whole host of liqueurs, which has retained its reputation as a treatment for fever and malaria. 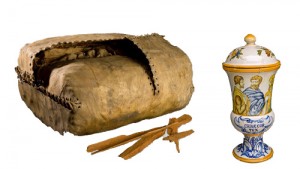 Fagon was seeking to remedy Louis XIV’s fevers. And once Monsieur Fagon had pushed Champagne off the royal table, each town’s university medical department became engaged in a century-long battle to prove — trading blows, via graduate theses — whether the wines of Burgundy or the wines of Champagne (which were not yet sparkling) were superior.

And it got really dirty, really quick.

After a first shot fired during an earlier thesis in 1652, in which Monsieur Arbinet capriciously held that “because the wine of Beaune was the most pleasant, it is also therefore most healthful”, things heated up much later in May 1700, when a retort by Monsieur Le Pescheur was defended at the University of Reims, contending that the wine of Reims is superior to Burgundy.

Finally, we have a third shot fired when, unable to stomach Pescheur’s thesis, Monsieur de Salins’ document is written only a few months afterward in November 1700: his Défense du vin de Bourgogne contre le vin de Champagne, the subject of this article, first reprints a selection of Monsieur Le Pescheur’s pro-Champagne thesis, then tries to refute it, returning all the nasty jabs with the fiery, hateful force of a modern wine geek.

How does one substantiate a perfectly subjective claim such as ‘X wine is better than Y?’ Why, with whackadoodle pseudo-science, that’s how! Humors, phlegm, tartar, essential salts, an obsession with “purity”, and all sorts of hysterical 17th century biochemical chicanery.

The 23 page manuscript is so disarmingly entertaining.

“One typically praises wine’s color, odor, taste, consistency, ageworthiness, and the terroir within which it grows; as nature has its favorite places for production: when all of this is eminently visible in wine, it is impossible to refuse it its laurels. In the Kingdom [of France], only the wines of Reims and Burgundy compete for primacy.

The color of the wine of Reims is so vivid that the purest diamond couldn’t shine brighter before one’s eyes, sometimes the red is so vermilion and so full of fire that one might mistake it for distilled rubies. It is the union of these two colors which forms that which we know as the oeil de perdrix [the eye of the partridge], which is no less pleasant to look at even if it does not have as much brilliance.

The wine of Burgundy draws upon the dried rose, and shows at the edges of the glass some odd mix of yellow and orange which represents a sort of rainbow, especially once it begins to age: in regards to odor, it has none at all, or only a burnt exhalation which burns the organ and smells of the ruddy3 and mineral earth of the country, or of its burnt stones4; on the contrary, the wines of Reims possess much more subtle and volatile particles, because they grow in a light, delicate soil, exhaling an odor so pleasant that the nose is always perfumed before one tastes it, such that one might call it the very charm and delicacy of this sense.

The final verdict: The wine of Reims is more pleasant and healthful than the wine of Burgundy.” 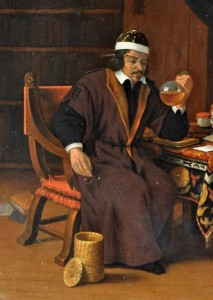 “(…) I ask you, sir, if there could be a finer soil, orientation, and exposition to the sun anywhere in the world than those of the wines of Beaune, Pommard, and Volnay? Is it permissible for the best climates of Champagne to even approach them? Removed as they are from the Equinoxial Circle by three degrees and a few minutes (latitude), and thus possessing much less sun and warmth, which renders wines little more than the cadettes of our own, far from any right to claim superiority, which up to now causes the greatest and most objective connoisseurs to say: The wine of Reims is thin, not quite wine-flavored, and acid, which, like most other white wines, has the strength to make urine, but very little to nourish & to warm.” And so on…

So how did this war conclude?

After Louis XIV died slowly and painfully of a gangrene in his leg which he had ignored, Fagon was removed from power — standard protocol upon a king’s death. His successor, Phillippe II, became obsessed with sparkling Champagne.

Champagne exports surged in the coming decades15 — and once bottle and cork technologies improved, by the early 19th century the sparkling wine as we know it greeted world markets. Champagne’s market dominance over Burgundy soon became a foregone conclusion.